This house is for the avid historian or the prospective architect. If you are not familiar with Franklin Lloyd Wright, allow me to provide a brief introduction.

Wright conceived of the philosophy "organic architecture", designing structures in tune with humanity and its surrounding environment. Fallingwater — a preserved, historic landmark — is lauded as the best all-time work of American architecture and embodies his original philosophy atop a waterfall. He led an illustrious career designing over 1,000 structures and educating those on the relationship between the land and architecture.

The Still Bend house, later known as the Bernard Schwart House, is Wright's built version of his blueprint outlined in the Life Magazine article Eight Houses for Modern Living(1938). The architect was commissioned to design a dream house for the typical American family. The house was later built for and named after a Two River businessman, Bernard Schwartz. The original plan had the house built from stucco and stone, but that changed to red tidewater cypress board, batten, and red brick once the decided final location was established. Wright believed it was better suited. Other refinements include raising the ceiling in the living area to provide space for the second-story balcony overlooking the recreation area. The structure of the house was not enough, Wright was a man of detail, and he went on to design the chairs, tables, couches, and lamps. 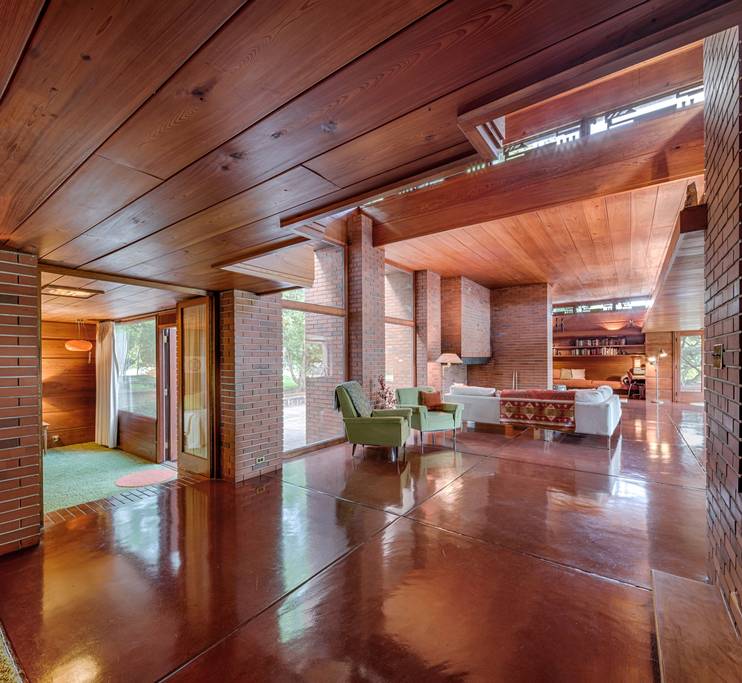 The view of the front of the house is concealing, as Wright wished it to be sort of "a little private club" for the family. On the side of the house, a light show appears throughout the day and projects on the red tidewater Cypress interior through the side clerestory windows. The recreation room and living room is a large expanse, each measuring over sixty feet. Relax in the home by pulling out one of the vintage novels in the library, transporting you to a simpler time.

The house is located in the historic fishing town of Two Rivers, a typical vacation spot on the shore of Lake Michigan. If you are looking to experience more beyond Wright's creation, a list of close-by activities in the quintessential small town of America:

Some of us want more out of our scale than just a number. We want our weight, body fat, BMI, fancy charts/graphs, and we want it all synced to our phone. There

The U.S. snowboarding team will be wearing this collection at the 2018 Winter Olympics. Grab some of this gear to look like an official Olympian.