Andy Rubin is the former CEO of Danger Inc (remember the Sidekick?) and Android Inc before they were acquired by Google in 2005. It appears he's still not done improving the smartphones and our connected lives. While out with a friend one night, they began discussing the current state of technology, and the issues with our current technology. He felt partially responsible for where we are today, after all, he played a major role in the creation of the original Android operating system.

As an act of rebellion against the current world of smartphones, Rubin is building Essential. He's changing the rules with his new company, focusing on the core experience, without all the cruft. His belief is that technology should work for us, giving you a choice to customize your own experience. With Essential, the devices are meant to stand the test of time, not become "old" after a year. To do this, he plans to create an open ecosystem of software and hardware accessories. The first of these accessories is a 360-degree camera which connects to the device using a unique magnetic connector, that doesn't require any dongles or other connections, it simply "snaps" onto the phone. The next planned accessory is a docking station, which uses the same magnetic snapping to charge your device.

The phone itself is built to be tough and beautiful. The body of the phone is made of Titanium, and they won't even offer cases as they believe the device is strong enough to take the beating of our everyday usage, including the drops. For a drop test, they dropped the Essential phone on a concrete surface, landing on the corner. Below is a picture of the results with the Essential phone on top, and below it, two "other" devices made of aluminum. 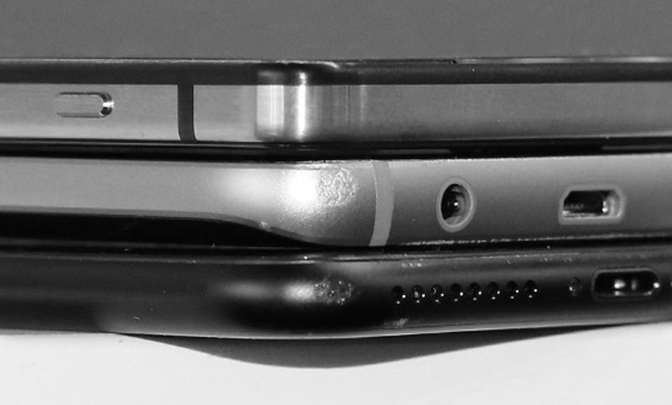 On top of the hard-shelled body, the screen is larger than the iPhone 7S or the Pixel XL despite being a smaller device overall. The design is really what makes this phone stand out, but surprisingly you won't see any Apple logo on this device. In fact, there is no logo whatsoever, as Essential believes that our phones are an extension of our personality, and belong to us, not the company that produced it.

The device will run on any US carrier and comes with 128GB of storage. The software is essentially vanilla Android, with a custom camera app. You will not find any marketing apps installed on your device, even when purchased from a major carrier.

Terraforming Mars is the hit board game where you compete to see what player can terraform Mars first.

Reduce the cable clutter at your work. The Magnetic Cable Organizers can improve productivity and ease stress.